I’ve been noticing a pattern, a trend, an annoyance.
Every time I hear an announcement of some sort that stars will be shooting from the heavens, crashing down into Earth’s atmosphere like desperate escape pods from other worlds, it’s cloudy outside. I don’t mean, like ‘kinda cloudy’. It’s blanket the sky with thick sky-wool cloudy. Every time. Without fail. 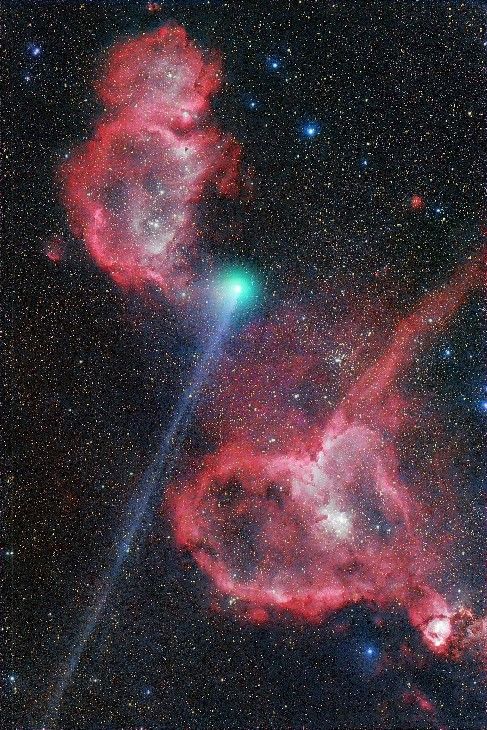 Northern lights to grace the skies with paintings of majestic colors?
Clouds.

The last few times my friends were talking in excited gibberish about falling space rocks I too would get excited and start speaking in gibberish about falling space rocks. What would happen when that anticipated night finally rolled around? Well, let me tell you imaginary other half of this conversation; I would go outside with my dog, at exactly the right moment and look up into the vastness of the heavens to gaze upon plummeting space junk on fire and question my smallness in the universe, only to be met with a blockage of clouds. Lots and lots of clouds.

Not to mention the light pollution around here. Serves me right for living in a little city. (It’s not a city, not really)
As far as I’m concerned, there are only twenty-some stars on a good night.

You might be asking yourself, what is the point of this post? This has nothing to do with writing!
There is none and it doesn’t.
I’m supposed to be studying for finals.
But, instead I’m thinking about ‘sky-wool’ and ‘falling space rocks on fire’.